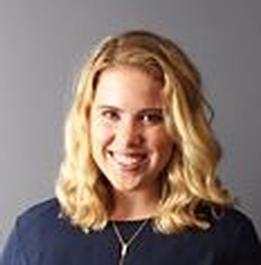 By Cassidy McAloon (1851 magazine with No limit Agency).

By Buying An Existing Franchise, Wireless Zone Franchisees Are Able To Avoid The Costs And Concerns Typically Associated With Building A New Business From The Ground Up.

When entrepreneurs consider breaking into the franchise industry to realize their dreams of business ownership, they often think of building their own unit from the ground up. But that isn’t the only path to owning and operating a profitable franchise.
Prospective business owners also have the opportunity to take over existing franchise locations. Not all resales occur when stores are in distress or having difficulty bringing in revenues—in fact, many top producing stores are listed for sale.

Wireless Zone, the nation’s largest wireless retail franchise that offers exclusive Verizon Wireless products and services, has seen incredible success through its franchise resale program.
“The benefits associated with buying an existing franchise unit shouldn’t be overlooked. It really gives franchisees a leg up on other business owners who are starting from scratch,” said Jeff Panella, Wireless Zone’s vice president of business development. “Taking over an existing location eliminates all of the costs and concerns associated with a startup business and instead allows franchisees to hit the ground running.”
One of the biggest advantages that comes with buying an existing Wireless Zone franchise is having the opportunity to build on the successful foundation already established by the store’s previous owners. Typically, Wireless Zone locations have a strong customer base and presence in the local community. That means franchisees who take over units that are already in operation have a pre-existing group of customers to market to. They don’t need to worry about establishing a brand new marketing presence and letting the neighborhood know that they’re officially open for business.

Purchasing an existing franchise also gives Wireless Zone franchisees information about their specific store’s past performance trends as well as future predictions. By having direct communication with the store’s previous owner, franchisees have access to a level of insight that other business owners are lacking. They’re also able to better determine what the next steps should be in order to improve the business because they know the store’s history.

“Having all that background information when taking over a store is invaluable for local business owners. It gives them a full picture of what’s going on at their location,” said Panella. “Our goal at Wireless Zone—on the corporate level—is to help set all of our franchisees up for success. Opening the door for business owners to purchase an existing franchise is just one of the ways we make that goal a reality.”
Wireless Zone’s franchise resale process also helps fuel the brand’s multi-unit development efforts. For example, a franchisee in Southern Virginia was looking to grow with the brand and add to his two locations. He decided to buy seven existing stores from another owner in the brand’s ever-growing franchise system, and has been building on that momentum ever since.
“We’ve found that our owners who capitalize on Wireless Zone’s franchise resale opportunities continue to see positive growth as they take on new locations. We’re confident that this process will allow our brand—and our local franchisees—to see success for years to come,” Panella said.