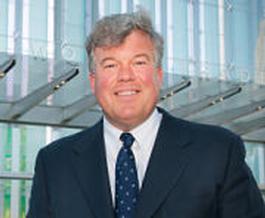 Freedom vs Fear on Thursday, September 1 at 10p ET on CNBC, Gregory Carafello will be one of the 9-11 survivors to be spotlighted. The show illustrates the rebirth of the World Trade Center area with the new buildings and tenants old and now. Mr. Carafello, a 9-11 survivor and a tenant of Two World Trade Center is the first and possibly the only business tenant to return for business back at the new World Trade Center on the 85th floor. Greg is also a Docent of the 911 museum.

Having survived 9/11 and seen his operations “completely destroyed”, Carafello moved all operations to a location in New Jersey “later that same week” in 2001, with his business closing in 2004 before he “opened his first Cartridge World location”.

By 2014, he had become Master Franchisee for Cartridge World North America, and had “turned his one-store operation into 58 locations in four states”. He has now chosen to “reopen his office” in One World Trade Centre, which was recently completed.

Carafello stated: “The reopening of One World Trade Centre shows the perseverance of our great city, and moving our operations back into the building marks a very special day for us. I am thrilled to be back in the World Trade Centre; Cartridge World will flourish in this environment. The business energy is unlike anything I have ever felt".

Then on September 11, 2016 on CBS Sunday Morning with Charles Osgood, Greg will again be interviewed for this 15 year anniversary special - the story is of loss, hard work and rebirth...... stay tuned and do not miss.