Working in a Wireless Wonderland 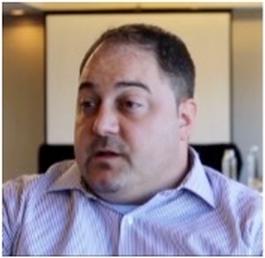 Name: Al Pellechia
Franchise: Wireless Zone
Location: New Hampshire and Massachusetts
Wireless Zone is the largest provider of Verizon products and services with over 330 stores throughout the US. During its almost 30 years in operation, Wireless Zone has won numerous accolades, including National Customer Loyalty Award Winner for five years in a row.
Al Pellechia owns eight Wireless Zone stores throughout New Hampshire and Massachusetts. Al’s entry into the Wireless Zone franchise family came after several years of experience in the wireless telecommunications industry, working for companies such as Mobile Solutions and Nextel. After Nextel’s merger with Sprint caused its sales to plummet, Al began looking for a more financially sound alternative.
“I really wanted to run under a fundamentally sound operation and started looking at different types of franchises. Wireless Zone became very appealing to me because they were franchising an unbelievable product.
“I didn’t think that I would have the same concerns that I had with Nextel, and I thought that Verizon would be around for years to come.”

Al’s faith in Wireless Zone was well placed – it has gone from strength to strength over the years since its foundation and is currently rated the #1 Agent Customer Service provider for Verizon Wireless, which itself is the largest wireless communications service provider in the US. Al believes that the success of a company like Wireless Zone is largely due to the indispensable nature of the cell phone in modern life.
“Everything starts with the handset at this point. The app world is huge. Let’s take Uber for example – without a smartphone, you can’t Uber; without a tablet, you’re not going to Uber. That’s just one industry, one sector, and it’s made a significant impact based on the technology.
“I feel that the industry’s only going to become stronger and stronger. Basic phones are almost extinct at this point. So it’s a very interesting business, it continues to grow, and it’s sustainable for the future.”

In addition to being part of a booming industry, Al credits Wireless Zone’s success to its focus on the customer relationship.
“People can buy phones pretty much anywhere at this point, and the online business is continuing to grow, so the biggest thing is to own the relationship. Wireless Zone has done that – they’ve owned the relationship, they’re number one for customer service year after year. So we have a recipe for success in that area, and that is how you’re going to survive for years to come."

Al was so impressed with his experience as a Wireless Zone franchisee that he went on to open additional units and is currently the owner of eight stores. He attributes his own franchising success to his willingness to follow the formula set out by the company.
“Wireless Zone’s reputation’s unbelievable in terms of customer service. They’ve always been highly ranked, if not number one, for several years in a row."
“So for us, it was just get out there, develop the business, use the infrastructure that’s already there, use the system that they’ve already built and just go out there and make the relationships.
“If you’re doing it on your own, you have to build on both sides of the fence, which is very difficult to do.”